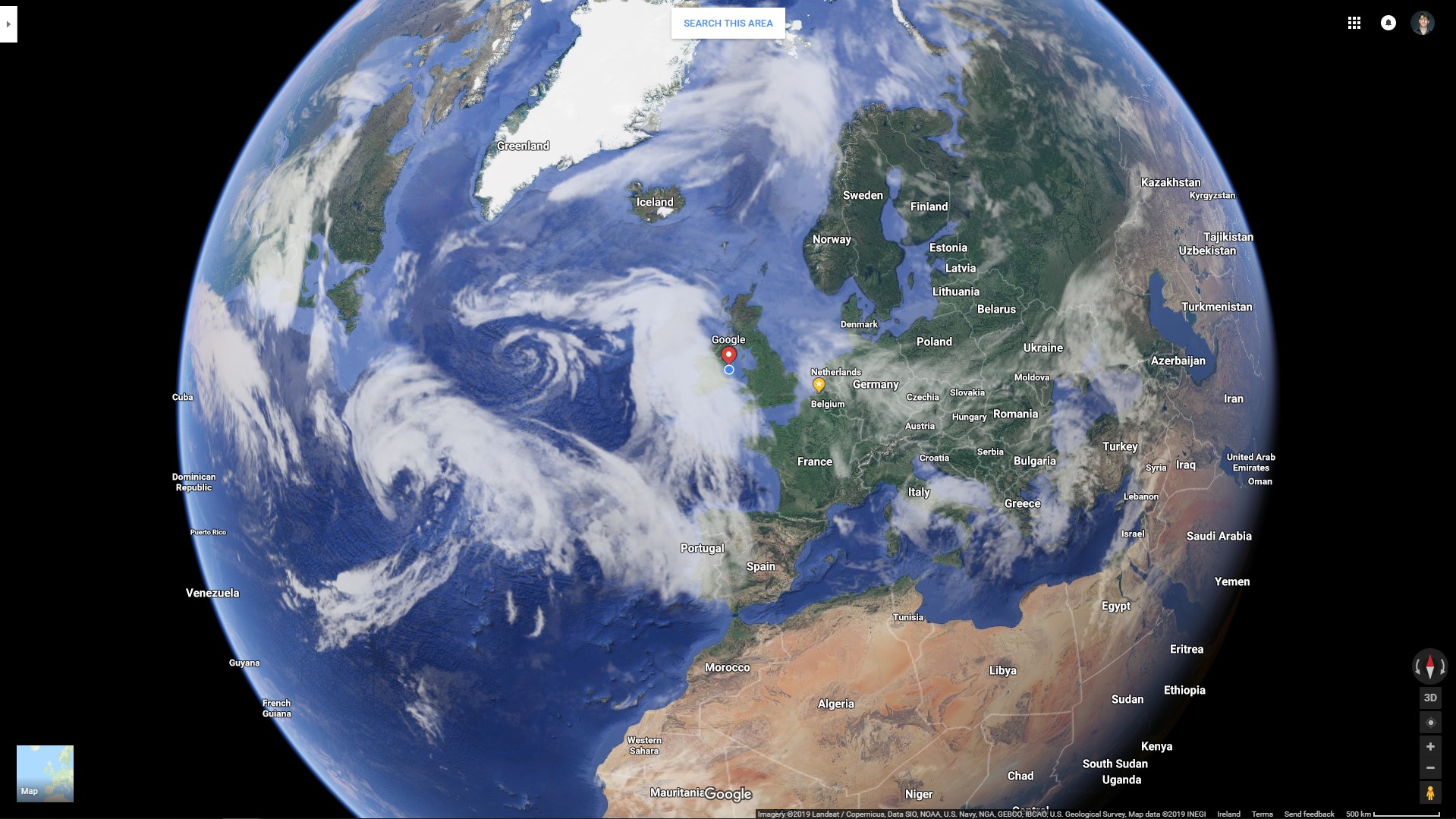 Measuring your offline sales from your online activity still proves to be a challenge for most advertisers and businesses. In this guide, we’ll take a look at ways it can be done using Google Maps as well as advances in other platforms like Facebook & Twitter.

Google Maps is a free, fairly essential tool (at this stage) for most people. It’s very well serviced in terms of updates, street view and navigational functionality on mobile and desktop. It’s so well serviced, in fact, you may be thinking.. “Gee those people at Google sure a nice to be pumping so much resource into this free tool for the betterment of society, aren’t they just great?” While there is no doubt that the tool does make users’ lives a lot easier, it hasn’t been developed for that singular purpose.

The Strategy Behind Google Maps’ Development

To illustrate this, let’s take a step back and look at the strategy behind Google Maps. Firstly, Google is an online organisation and it makes its money through advertising to consumers online.

However, not everything that is bought by consumers are transacted online so there is little visibility into offline conversions that may have begun with a Google search or website visit.

Now that we can understand the rationale and strategy behind the development of Google Maps & Street View we can start looking at the integrations across other Google products.

The Early Days of Offline/Online Attribution

Testing offline conversions in Google Ads (or AdWords as it was back then) via Google Maps began as far back as 2014. By using the GPS location information on your smartphone (GPS isn’t subject to data roaming, it’s always switched on unless you elect to turn it off in the setting of your phone) and aligning that to the map co-ordinates Google began to track store visits for Google Maps locations as people physically entered and browsed brick & mortar outlets.

From this point, Google was able to see clusters and frequency of store visits and categorise them into the store type, times of day and day of week to better understand the data.

Why were they tracking all this data you might ask? Well to prove the value of their main advertising product (Paid Search) to offline advertisers they started providing what were then known as estimated conversion metrics. These were conversions that tied store visits, tracked on Google Maps, to Google Ads or AdWords clicks, including Map Extensions (this is the expandable Map below a paid search ad, generally on a mobile device that shows searchers the location of the stores closest to their current GPS location).

It should be noted, that you don’t have to necessarily look for directions to a store for Google to know where you are. GPS and Google Maps data sharing on Android phones means that you can see everywhere you’ve been on a certain day.

As a result, if you walked into a store, this GPS co-ordinate  is logged on Google Maps. Furthermore, if you did a search and clicked a PPC ad or Maps Extension this would be tied back to your store visit and as a result, Google were able to claim some credit for facilitating the store visit. Still difficulty persisted with tracking instore sales or offline conversions and this was the next piece that Google needed to tackle.

Now that Google was able to validate store visits that included a search, they needed to start understanding the commercial value of the visit to encourage more offline advertisers to use paid search. The “estimated conversion” metric was always seen as a little bit fluffy, how could they know if someone bought anything instore?

Next up, in 2017 Google launched a new heavy-weight tracking product called “Google Attribution”. Furthermore, Map Location extensions were also launched for YouTube and Google Display Network (GDN) Ads. At this point, Google Maps integrations were available for all major Google Ads products and the new attribution tool was effectively able to track offline conversion activity in a far more sophisticated way than the previous methods.

An interesting outcome of the tests was revealed how Google was using machine learning and other AI tools to improve the GPS data and could differentiate between store visits on different levels of shopping malls.

This was a significant step change, as Google’s online-offline interface was now tracking in the third dimension. But what about those sales?

To count sales Google has been employing machine learning to aggregate credit card transactions within store to the GPS locations of people’s phone. Google says it has access to 70% of credit card transactions in the US and with a sample size that large it can effectively model offline cash and sales data and attribute it to a store visit tracked on Google Maps, and therefore a Google Ads click.

To address privacy concerns, Google says that it’s machine modelling of aggregate credit card data that’s driving the data behind this type of attribution and there is no personally identifiable information available (sigh of relief since GDPR came into effect).

Other Innovations with Online/Offline Attribution

Google Shopping ads have long since been linked to eCommerce store stock inventory, i.e. what’s available in the warehouse at what cost etc. using an XML product feed from the website, and many offline retailers have their instore inventory linked to Google Merchant Centre (the tool that powers Google Shopping/Catalog Ads) so consumers can actually see what’s in stock in nearby retail outlets.

Now when we think about the journey in these terms, that’s the magic bullet of Google Shopping/Catalog ads for offline inventory. Using Google Maps GPS location tracking, Google tracks consumers’ visits to stores and the time stamp on inventory transactions out of the store are linked to the time of that person’s store visit and based on the search history and other signals they are confidently able to attribute offline sales to PPC clicks or YouTube videos.

A number of new features have been added for offline merchants using Google Shopping/Catalog Ads including the “See What’s Instore” function, this allows online consumers to effectively browse the shelves of a store.

This is a very different experience from the precise actions around a Google Search where someone is looking for an exact product. Traditionally, browsing has long been an activity reserved for old book shops and Saturday afternoons on the high street, but with AI developing persona preferences from years of online data, presenting browsable options online opens people up to starting a purchase decision making process before they’ve physically seen the actual product.

Google isn’t the only company working to close the sale loop between online and offline purchases, Facebook has been working since 2012 on physical attribution and features like check-ins, offer redemptions and other tools allow retails to link their social activity to physical store visits. Likewise with Twitter, who have been working with offline attribution for many years now an have a significant offline connection with TV targeting and event targeting.

However, both Facebook & Twitter are less effective at directly attributing sales as they are more concerned with top of funnel awareness or consideration influence, while search is an intent-based activity where the consumer is driving action to fulfill a particular need or want, i.e. towards the conversion end of the funnel.

That said, the ultimate goal for marketers and advertisers to understand the value of their media investment is to have a full attribution model where each consumer touch point is given a certain amount of credit for their part in the decision-making process, so it is important to consider all steps.

We focussed mainly on Google in this article as there have been so many significant innovations from Google products in this area throughout the years and certainly more to come, especially as they gear up for the ever-growing threat from Amazon.

In summary, Offline/Online attribution isn’t perfect, but it has improved significantly in a very short period of time. We know that consumers are both online and offline, but online activity, especially on mobile, is playing a large part in purchase decisions so marketers and brands need new innovative ways to prove the ROI for offline retailers.

With the proliferation of AI and machine learning, advances in cloud software and integrations between POS (point of sale), inventory and online advertiser platforms, we’ll soon be able to see that a $0.15 click on a paid search ad drove $2,000 worth of grocery sales over a quarter. That’s pretty good ROI – if you can prove it!