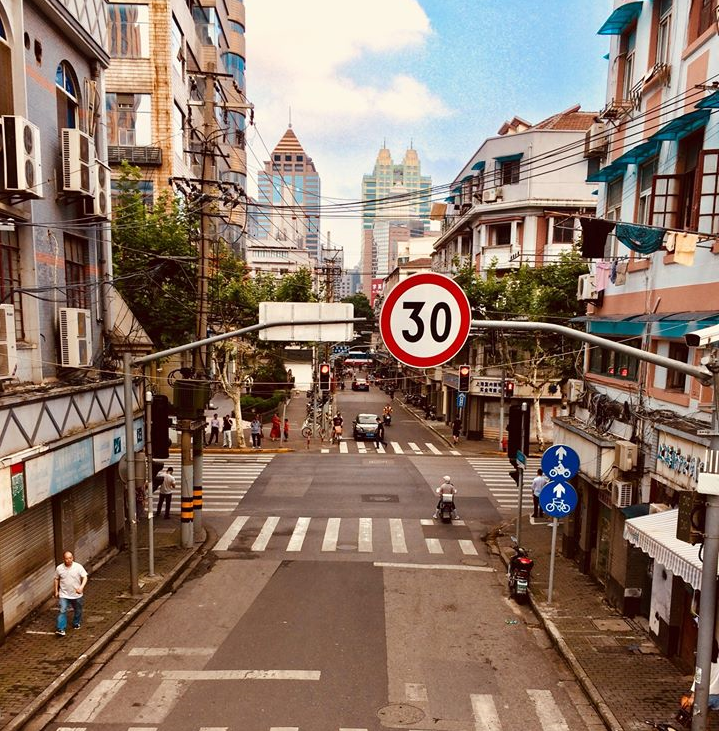 After taking a Short flight from Hong Kong to Shanghai the difference between the two Chinese cities was massively apparent. Especially when in comes to the Internet

Shanghai is a city of two halves split by the Huangpu river. On one side in the Waitan region, hundreds of people make their living repairing and maintaining the small electrical mopeds that rule the city. It’s manual labour and in high demand at the moped is the preferred transport choice for many people in Shanghai bu it’s not very digital. then again it’s hard to be digital in mainland China, Google isn’t allowed, Gmail too. Neither is Facebook and therefore Whatsapp. Lucky enough for Internet pioneers, Yahoo! is allowed which gave me some solace that I was still connected to the web when looking up the World Cup scores. I was really wondering how Digital Transformation would take shape here.

At a loss, I wondered how could an economy operate with such restrictions but a quick glance at China State Sponsored TV (for Anglophones) illuminates how China is operating without full internet access. China has been deploying the Belt and Road Initiative across Asia & Europe where Chinese foreign development institutions have been embarking on a series of trade shows and international agreements with individual European countries and other countries within Asia. With this initiative, they are promising access to financial systems, telecoms and other proprietary systems as China opens for business. For example, as China’s telecommunications infrastructure isn’t open to foreign usage, i.e. there is no mobile data or voice roaming in China, if you want to use the telephone service you need to buy a Chinese SIM, you can’t simply connect through your domestic provider but they are hoping to open this up to international access standards in the coming years. So my initial viewpoint with mainland China in Shanghai was quite restricted in terms of what I was used to and had experienced just a short hop away in Hong Kong. I was still confused as to how an economy can survive without full internet access.

The looking across the Huangpu River to the Oriental Pearl TV Tower, a postmodern skyscraper set in the middle of the financial district across the waters. Here you could find APAC offices for HSBC, art galleries and some of the most incredible architecture from the past 30 years. It’s here than Shanghai is having its digital transformation. The companies that are working in this area are pumping billions of Dollars into Shanghai’s economy and opening China to the World.

With a domestic market of 1bn people, China has the ability to use their own tech and their own versions of digital tools to function. With Google exploring the development of a censored Search Engine purpose built for China, the Belt and Road Initiative will only do so much to open China’s up to international standards of digital transformation as they can wholly survive (for the time being) using their own proprietary methods. However in this era of trade tariffs, hostilities with their North Korean neighbours and climate change, the time when China fully opens up could come sooner than expected.

Just a note on the opportunities for digital training and transformation within China: the current online restrictions, work VISAs and the language barrier (international English isn’t widely spoken outside of some sectors of the Chinese economy) make it tough to enter the Chinese market. That said, there is no doubt that the deployment of tried and tested digital skills from other parts of the world to a Chinese populace who is hungry for accelerated development will reap massive rewards for early adopters and instigators of digital transformation within the Chinese marketplace.