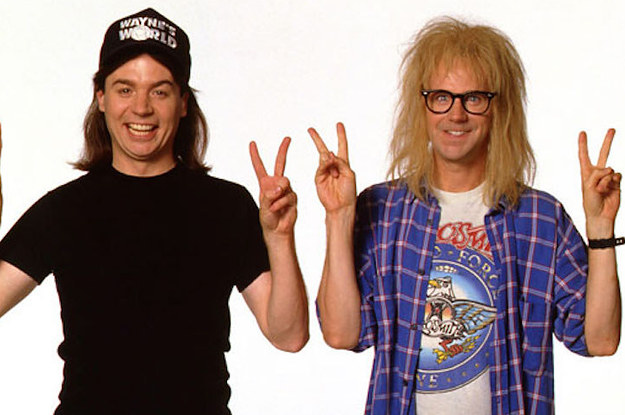 A note to marketers born before before 1982

The term Millennial was coined in 1987 by William Strauss and Neil Howe and for anyone working in marketing, this cohort is not fit for purpose, so using it as part of your audience brief or segmentation strategy will make you bad at your job. There’s a simple reason why it’s so bad too.

One of the most powerful strategies in marketing is segmentation and the Millennial segment poses many problems. The first issue is that it is broadly accepted that it refers to people born after 1982 and were coming into adulthood around the turn of the century, but that’s it. There’s no end date.

The idea of targeting a group where there is no agreed definition of the demographics of the segment is insane. Millennial means one thing to you and another to me. We know the oldest Millennials are around 36, but the youngest? 25? 18? No one knows for sure, but one thing we do know is that the motivations and goals of an 18-year old are very different to a 36-year old. So why on earth would you put them in the same category?

This brings us to the next issue: motivations (or lack thereof). You may have heard people bemoaning the lazy or privileged Millennials, as a result, the word comes with inbuilt bias. How can you expect to objectively understand your audience if you have bias? At this point, I’d like to state I’m not a Millennial (or at least I don’t think I am, but who knows?), I was born in 1979 and I was 18 in 1997. If I say ‘those Millennials are lazy and privileged, back in my day etc.’ I’m probably talking about Generation Z, in my mind Millennials means 18-26 year old middle class white kids, but again…who knows? That’s the problem, no one really knows for sure, so how can you be doing a good job targeting an audience you don’t know for sure and are probably biased against?

Let’s try some word replacement to understand the bias: in the case of Millennials let’s replace Millennial with thirtysomething: ‘those thirtysomethings are lazy and privileged’ – doesn’t roll off the tongue so easily. Since Millennial doesn’t have an age qualifier, as a 39 year old, I can’t compare myself to them so it’s difficult for me to connect or empathise with their motivations. Truth is, there is no chasm between the work ethic of an average 39 year old and 36 year old so the bias is flawed.

It’s worse for the younger Millennials or Gen Z. Again, word replacement can help illuminate. Let’s replace ‘Millennial/Gen Z’ with ‘young people’, ‘those young people are lazy and privileged’. What does this make the person who utters this sentence? It makes them old. If you say this, you have immediately aged yourself and you’re also a crank. Think about it – you’re actually saying: goddamn the young people…back in my day etc. – don’t hold back Granpa Simpson.

Just to be clear some of the best marketers are old cranks and that’s fine but using the word Millennial to absolve yourself from ageing is why it makes you bad at your job. Think about it, you can’t connect with your audience as there is no relevant common ground between your group and theirs. However, your age and theirs is the common ground. Remember you were young once, you were stupid, lazy and didn’t know half of what you know now, you also fought for the issues of the day and thought you could take on the world, that’s what young people do. You may not naturally ‘get’ why younger people today are motivated to do certain things, you’re not meant to, you’ve probably transitioned to the ‘old’ segment. Note: old doesn’t mean elderly and both are ok regardless.

Furthermore, the two key words the Millennial segment is missing are an age qualifier relative to your life stage like ‘young’ or a number range but most importantly, it’s missing the word ‘people’. That’s right, Millennials aren’t people, so they get bashed by all kinds of opinions in and out of the workplace. But these opinions or your opinions are not putting down young people because they’re not young people, they’re Millennials, you’re young, they’re stupid, lazy and privileged, you’re with it, you know the important issues and all the music today is rubbish. Fact is, you’re old man, and Nirvana is dad rock.

As marketers we need to know how to connect, how to empathise and imagine the needs, problems and motivations of our audience, it’s impossible to target and connect effectively with an undefined 18 year wide demographic segment ranging from 1982-2000, it’s simply too broad.

The one way to connect is to remember what you were like when you were that age – be honest with yourself – at 18 did you walk into any boardroom full of confidence talking about next quarter’s earnings? Probably not, so don’t expect today’s 18 year olds to do so. Be truthful: if you were a teen in the 1980s or 1990s, you were probably more concerned with where you could get beer and avoid working in awful the part time job you had, getting home in time to see Beavis & Butthead, Bill & Ted, Wayne & Garth or another celebrated slacker because that’s what many of us did and who we admired. No boardrooms, no interest, just Butthead.

See that’s the thing, you were a young adult once, therefore you can understand Millennials and Gen Z. Best thing you can do is when you’re targeting, qualify the segment, accept where you are in life to connect with your audience and draw unbiased persona insight based on your experiences of youth in today’s context. Be comfortable saying, “let’s give the kids a chance, when I was younger I knew what I was doing and how can I expect the kids of today to be any different?” This gives you the freedom to jump into their motivations with the energy you had at 22 to try to understand their world; drop the bias, this is essential to your marketing brief.

Next time someone says “we want to target Millennials”, pause for a moment, go back and define the age range, try altering your mindset to celebrate youth [you took on the world when you were 18] tap into their energy. This will help you understand their motivations and make you better at segmentation. If you’re still not convinced and really want to feel 18-24 again, accept and get on board with whatever it is young people are doing because that’s what’s right for them – not you. Remember, they’re young and whatever they’re doing, that [and not Nirvana] is what being young is all about